In music and mathematics, it is understood that all sounds are composed of combinations of frequencies known as Sine Waves.

Every sound can be represented as a waveform, and every waveform no matter how jagged or distorted can always be reduced to a series of perfectly smooth and curvy sine wave components (a process called Fourier Analysis).

Any repeating pattern can be expressed as a series of sinusoidal (sin) waves added together in this way.

Circular or cyclical motion is the beating heart of all things and processes, it is one of the most important concepts to grasp in understanding all fields of knowledge.

Known as the 'pure tone', the sine wave is the mother of all waves. Symbolically it represents the divine mother, or the motherless mother, since all waves are born from it, but it is not born from any other wave.

Let that sink in.

It gives birth to all waveforms (by dividing itself), but there are no waveforms that can give birth to it.

It is irreducible, inimitable, the only wave shape that cannot be decomposed into anything more fundamental.

It is a singular frequency, a perfect resonance.

The curves of the sine wave are expressed all throughout nature, and are particularly strong in the feminine form, whereas the masculine form is more straight, like the axis around which the sine wave moves.

Any kind of movement or vibration, colour or sound, even smell, can be decomposed into these sinusoidal units of frequency.

"All is Vibration" - Hermetic axiom. 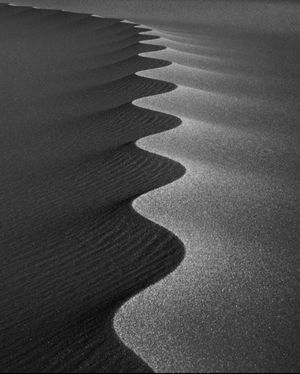 The sine wave is the very essence of action and reaction.

Consider a snake, a fish, or a bird, it is clear to see how it's movement is driven by wiggling sine wave motions on different axes of the body. 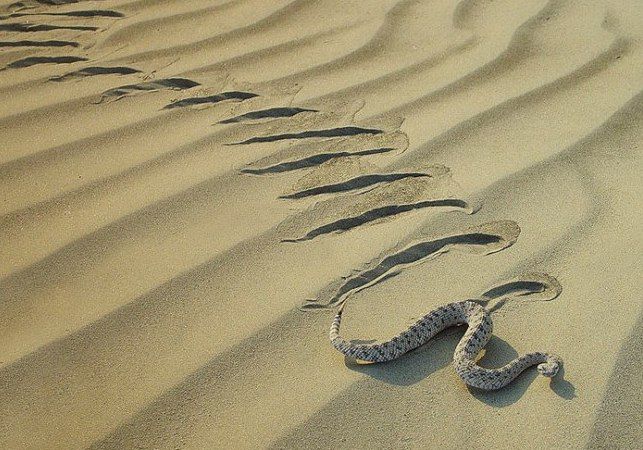 This is the mechanism by which spirit acts on matter, it's how living bodies are moved, with sustained wave motion.

When we hear a sine wave it is the sound of purity and innocence, the toy-box or the baby's mobile, the whistle of human lips or a Blackbird's melodies.

Hidden within the pure tone lies the potential for all of creation, because encoded inside of it is the endless non-repeating digits of the number known as Pi (3.141592...).

Being naturally occurring, and containing an unending string of numbers that never repeats, it must thus contain all the necessary codes for creation.

In other words, the whole manifest universe, with it's ability to produce infinite change and novelty, can be attributed to the properties of the sine wave, and the transcendental nature of Pi. 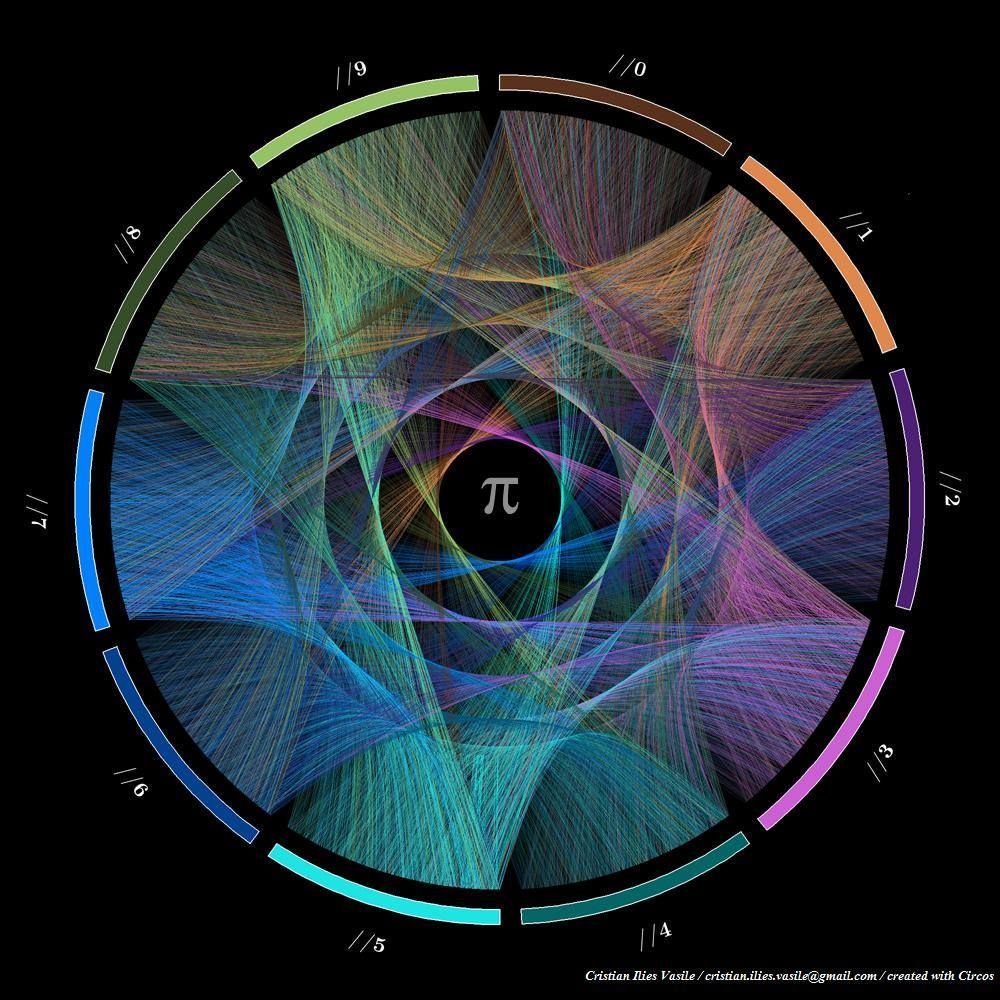 Visualisation of first 10,000 digits of Pi

The sine wave is also key to understanding the religious concept of sin.

Though modern search engines will tell you that the word sin means "to violate a religious law", this is actually dogma. Deeper investigation reveals that it comes from the Hebrew word Hata and the Greek Hamartia, meaning "to miss the mark".

Sin is a measure of how far we have missed the mark or the intended target. In this context sin is a mistake (with consequences). 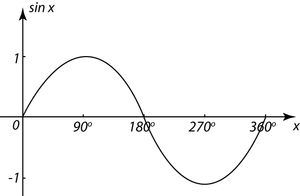 As the old saying goes "x marks the spot".

Here, x represents the mark, the spot, the middle way, the straight and narrow, the path of no sin.

sin(x) represents the deviation from that path. It goes to a maximum deviation of 1 or -1. It is equal parts positive and negative.

A deviation in one direction will produce an equal and opposite deviation in the other direction. This is the nature of sin, you reap what you sow, what goes around comes around.

Or, as Newton described it "every action has an equal and opposite reaction".

This is what it means to be born into sin, we are imperfect human beings who regularly 'miss the mark', we make mistakes and suffer the consequences, that's life.

Sin is also the great unacknowledged cause of disease.

Dis-ease is a measure of sin, of how far we are away from 'ease'. We suffer for our own sins and the sins of others (ancestors, parents, colleagues, countrymen etc). Acknowledging this is a key to self-healing.

Medicine, or 'medi-sin', is the art and practice of mediating sin.

Medi means 'in the midst of' or to 'bring toward the centre'.

When medicine is proper, it brings the patient back to the centre line of stable health and normative body functioning, it is restorative and neutralising, saving them from suffering the full duration of the sins.

When medicine is improper, it creates more sin, more problems, exacerbates suffering and makes us more dependent on the physician.

This function of medicine to 'save people from their sins' can lead us to an idolatrous or addictive relationship to physicians, health authorities, drugs and even needles, seeing them as some kind of saviour or necessity for life. 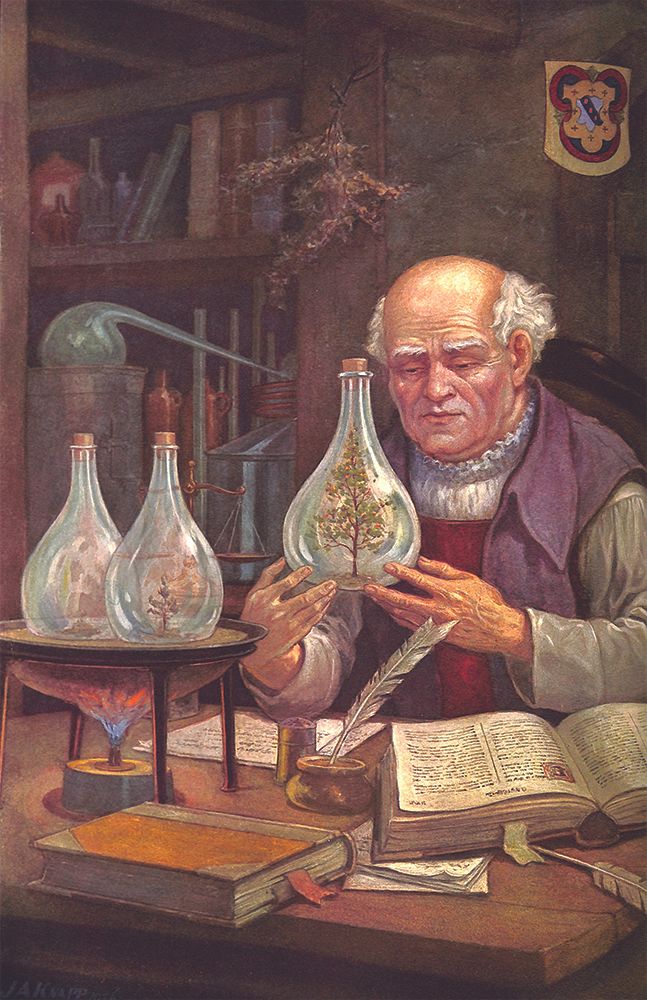 But as the great alchemist and physician Paracelsus (above) points out, there are really only three main types of disease:

1. Occasional disease. When the body is eliminating toxins that have built up over time (cold, flu, fever etc)

2. Chronic disease. When the body is being continually or habitually poisoned, starved or traumatised (smoking, bad diet, radiation etc).

3. Affliction from God(s). When you're being made to suffer for your actions in this life or another.

In the first case, occasional disease from natural causes can be healed with natural medicine, there are thousands of plants with specific functions that help the body to eliminate toxins and restore balance.

To heal chronic disease, something has to be changed at the soul level; giving up a bad habit, perhaps a bad relationship, a job, or even just an old story we keep telling ourselves.

Crucially, we must stop taking the action that is causing the disease.

Shamanic or alchemical medicine can help with healing at the soul level, but modern allopathic medicine isn't much use here, it fails to recognise the soul, or to properly account for the causes of disease.

If we are suffering due to God's will, then no amount of physicians or shaman can help us, we must endure until the penance is paid, or until we are liberated by death.

Death of course is the end point of the sine wave of life, but it is also the beginning point of the next journey, whatever that may be.

In some cultures people would offer sacrifices to the Gods as an exchange to save an afflicted life.

Certain compromised and opportunistic churches would offer people "indulgences" where they could pay the priest to 'have a word with God' to have their sins reduced.

But sin, for the most part, is not a punishment from God, it is the process of cycles of energy playing out to their natural conclusion.

To allay suffering with medicine, music, prayer or therapies, is the nature of healing work. And it is work. There must be some energetic consequence to the wrong actions taken, the energy must be transmuted or channeled elsewhere in order for healing to take place.

There is much more that can be said about sin and the nature of disease and healing, but we will leave this for a future post.

In conclusion, the sine wave is the most fundamental dynamic form in nature, it is the living structure of light, sound and matter, the essence of music, language and medicine.

"In the wave lies the secrets of creation" ~Walter Russel